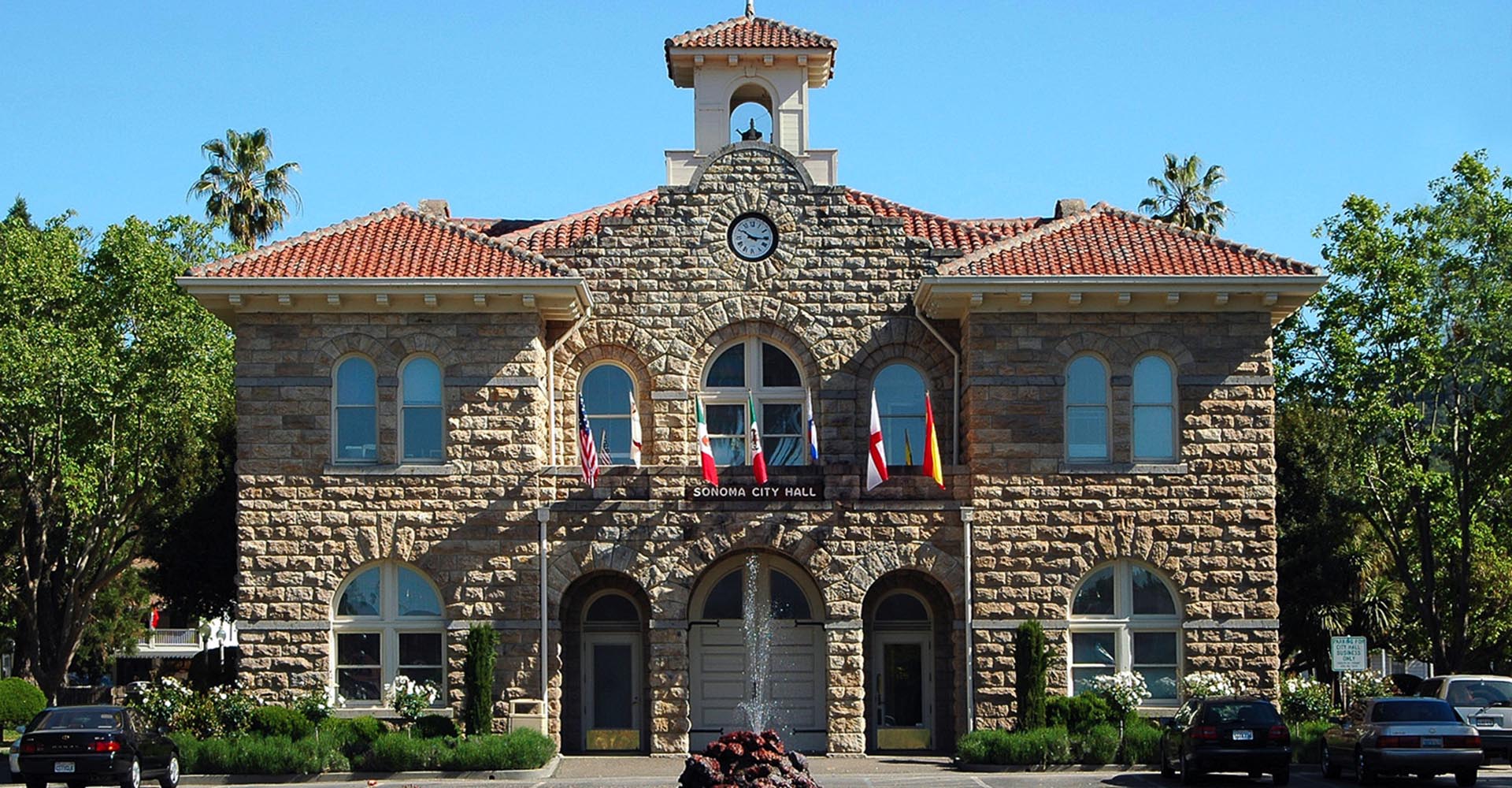 Please click this button to Complete the Form that will enter your comments and/or questions into the City of Sonoma public record about the installation of Close Proximity Microwave Radiation Antennas/Cell Towers in residential zones.

Visit this link to read the substantial written evidence from the Public that has been entered into to the City of Sonoma Public record on this topic.

Visit this Sonoma Detail page for the full story — as it has been unfolding, over the last 2-½ years. 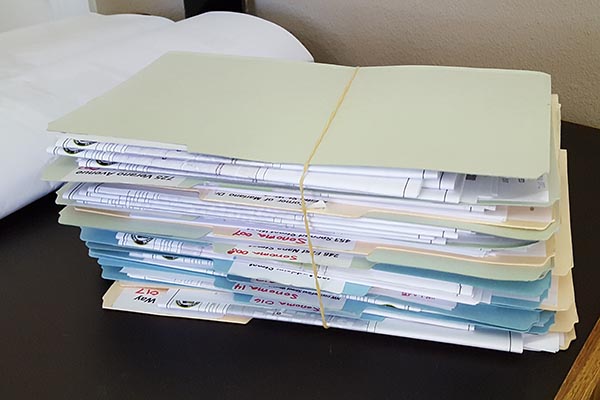 The Problem: Proposed 4G/5G Cell Towers In the City of Sonoma

The first 10-11 Close Proximity Microwave Radiation Antennas (CPMRAs) in Sonoma are just the beginning of this cancer, which can grow in number, volume and power output — without future public review.

This Thursday, Nov 14th, the revised Telecom Ordinance is on the PC meeting agenda for review and recommendations. I hope you have a chance to look it over ahead of time, as it is quite complex. I am finding the content challenging. I am grateful to the City for taking on this task, originally implemented by Madolyn in October 2018 as an Urgent Ordinance. Thank you again, Madolyn!

Because of her courage and the Council’s approval, we will have better protection from these so-called “small cell” towers that are invading the planet and unfortunately, Sonoma.

Thank you to our city attorney for the many hours this has required, and to David for overseeing its completion.

I realize that you Councilmembers have other projects on your desk, but this Ordinance will be the Future of Sonoma regarding cell towers, so the sooner you print it out or get a copy from the City, the better you will be prepared when it comes before you for finalization. Thank you!

Below please find a letter from Ellie Marks, of the California Brain Tumor Association. She is dedicated to educating the public and city officials on the health hazards of overexposure to EMFs. Please take a few minutes to read her letter, and also the attachments. Her message has been edited to apply to Sonoma.

Let’s make Sonoma’s Telecom Ordinance as protective as it can be for the future.

And remember to circle December 12th, the Planning Commission Meeting that will be doing a final review of the 3 commercial towers. Perhaps Ellie’s information will influence your opinion on these unsafe towers.

As Director of the California Brain Tumor Association I am writing to implore you to enact a Small Cell Ordinance that truly protects public health, the environment, aesthetics and property values.

Please keep so-called small cell antennas out of residential areas and away from schools.

I became involved in this 11 years ago as my husband had a brain tumor attributed, more likely than not, to cell phone radiation. Since testifying to the United States Congress and appearing on many national television shows I have heard from thousands affected either by cell phones or from living or working near a cell tower. Young people are dying and this technology certainly does not belong next to their bedrooms or near their schools. Please see attached study that was declassified by the CIA a few years ago.

The FCC, FDA and the CTIA are working together using the tobacco playbook: addict them, lie to them, war game excellent science, buy media and leave the mess for the next generation. Please do not contribute to this debacle.

My colleagues and I do not advocate to abandon cell phones or wireless technology but we understand the intense corruption and collusion between the CTIA, FDA and FCC. We want any form of wireless to be as safe as possible and currently it is not. And certainly we must maintain the beautiful aesthetics of Sonoma and consider property value decline. Fiber optics to the premises (FTTP) is a superior solution to more (and unnecessary) wireless service.

Hundreds of excellent independently funded studies have linked wireless radiation to negative health consequences — RF-EMR exposure levels that are far below the current FCC guidelines, 100,000 to 1,000,000 times lower. Frankly, the current FCC RF-EMR maximum permissible exposure guidelines are not protective of human health or the environment. This has been proven by scientists independent of Telecom industry funding, since the 1940's.

Densified 4G and 5G small cells have been activated in some areas of Sacramento, Santa Rosa, and Los Angeles. Residents in nearby homes have become ill within weeks — especially children. The symptoms are similar to that of the American Embassy workers in the Chinese and Cuban embassies. who know it was weaponized RF-EMR exposures directed at them.

Please stand up to the Wireless industry and the FCC. You all have loved ones and I doubt you would want them exposed to this possible carcinogen in your homes 24/7. Based on the science available, scientists on the WHO/ IARC committee that classified radio-frequency electromagnetic fields (which includes RF-EMR) as possibly carcinogenic to humans (Group 2B carcinogen) back in May, 2011 now state that they would classify it as Group 1, a human carcinogen.

I am attaching an updated legislative briefing paper. Please review the 38-page pdf. It speaks the truth. The Wireless Industry does not. If you have questions please feel free to reach out. If I do not have the answer I can find the people who do.

With the NTP study results supporting the findings of human studies, we have enough scientific evidence to increase the classification of all wireless radiation from a Group 2B (possible carcinogen) to a Group 1 Human Carcinogen (carcinogenic to humans) like cigarette smoke and asbestos; therefore, we should be warning the public of harm and minimizing our exposures to pulsed, data-modulated, Radio-frequency Electromagnetic Microwave Radiation (RF-EMR) — not promote maximized RF-EMR exposures from the forced roll out of 5G and the Internet of Things.

The FCC , which is obviously captured and controlled by Big Telecom, and the US Congress which is well-funded by the Big Telecom should be held responsible for not warning the public of this cancer risk since we have had the human studies for years and the World Health Organization classified all wireless radiation as a Group 2B Carcinogen in 2011. The FCC and Congress need to be held accountable for last week passing The Wireless Infrastructure Streamlining Order and The Ray Baum Act to Streamline deployment of densified 4G and 5G cell tower transmitters near unsuspecting residents' homes.

What We Know: This Is Not Good

The World Health Organization has classified radio frequency microwave electromagnetic fields from any source (pulsed, data-modulated, Radiofrequency Microwave Radiation radiation) as a Group 2B Carcinogen. Dr. Lennart Hardell, a member of the IARC committee wrote in his 3/12/18 comments on the National Toxicology Program final results:

Based on the IARC preamble to the monographs, RF microwave radiation should be classified as Group 1: The agent is carcinogenic to humans.

These so-called “Small Cell” towers would be installed just 15-50 feet from homes and transmit hazardous levels of pulsed, data-modulated, radio frequency microwave-millimeter wave radiation 24/7/365 — with no chance to opt out. Recall, that people damaged by 24/7/365 exposures from the Wireless Advanced Metering Infrastructure's (AMI) so-called "Smart Meters" forced PG&E to offer an opt out program. We need such an opt out for these CPRMA installations, as well: My Street, My Choice!

The Solution: Fiber to the Premises (FTTP)

The solution is both simple and easy — instead of more Wireless, install Wireline fiber optic cables to each home and business in Sonoma, which will provide much faster, more secure, more reliable and much more energy-efficient transmission of Internet and video data. Doing so would preserve the unique character of Sonoma and prevent the private Telecom companies from shoving these cheap, ugly, intrusive, microwave-radiation-emitting CPMRA installations into our town.

The City of Sonoma does not even allow its residents to attach signs or notices
to the utility poles downtown; how could they consider attaching such ugly, instrusive and hazardous
refrigerator-sized (25-35 cubic feet) equipment to these utility poles?

Despite the promises of additional convenience and the unbridled hype for 5G and the "Internet of Things” (IoT), the primary duty of our elected officials is neither convenience, nor promised future economic growth, but to promote and preserve the health and welfare of the Town of Sonoma's residents, voters and taxpayers.

What you Can Do

To voice your opposition to Cell Towers being installed 10 to 50 feet from homes and local workplaces, please come to the Town of Sonoma City Planning Commission and City Council Meetings and speak or support others who will speak against these hazardous, visual blights that could blemish our beautiful town for the rest of our lives. To find out more about this project, please contact the City of Sononma Planning staff and Planning Commissioners:

About My Street, My Choice!

This web site is published by residents of Petaluma and Santa Rosa, using much of the information gathered by Scientists for Wired Technology, an organization that was instrumental in lobbying for a veto from Gov. Jerry Brown for the heinous Wireless-industry-pushed and ALEC-written "Small Cell" bill, Senate Bill 649 — Wireless Tools of Commerce.